I’ve been referring to this year as a “season of loss” for me, even though the year itself is made up of more than one season. I’ve had death in and around my family in past years, but this one came with a number of rather rapid-fire blows and included the toughest one so far in my life – my grandfather and namesake, Robert David Rehburg.

I was always wisely aware that moments, memories, and experiences are the real treasures in life, but this year has served as a bold reminder to be present and grateful as life speeds by.

As the holiday season drew nearer, I prepared myself for a bit of a bumpy ride. What I had instead was a wonderful season that closed today with a beautiful, white Christmas. Along the way, I made some interesting observations and I discovered some welcome surprises.

Over the years, I have found that families morph as chapter after chapter of their stories open and close. I have also found that distance, separation, and sometimes animosity are more common than not in the aftermath of key family member departures from this life. In a diversion from the statistic, my family experienced the exact opposite twice over.

First was the reunion of my immediate family with my mother’s brother’s family. As their household lost their matriarch this year, I was asked to officiate the funeral. I was honored and terrified all at once, having never officiated a funeral before. I was determined to do my late aunt this most important service to the absolute best of my ability and so I did. This was the catalyst that brought our families back together after many years spent apart. We came together for Thanksgiving for the first time since I can’t even remember when. We followed it with another gathering for Christmas Eve Eve. As a thoughtful touch, my mom prepared my aunt’s famous lasagna recipe for the main course, reviving happy memories for my uncle and cousins. That’s what it’s all about.

Second was the strengthening of my father’s family as we lost my grandfather. Despite relationships that had grown more and more distant over the years, we leaned on one another through the mourning process and were able to start bonding all over again. I found myself looking around the room at Christmas Eve with the Rehburgs, thinking about how much had changed since my cousins and I were just kids playing with our freshly-opened gifts, both our grandparents happy to see the family all together, and all seemingly right in the world. Now we are quite grown, the next generation of kids are running around, and a very important person to us all is missing. Yet, there we were, still laughing, telling stories, and playing games. That’s what it’s all about.

Christmas Day brought the next opportunity to focus forward and build new memories. We had decided weeks before to travel to Nebraska to spend the day with my brother-in-law’s family. What we didn’t anticipate was the snowy weather pattern that swept across our northeastern path. There were moments of the drive where the visibility was so low that I could have really used ol’ Rudolph’s nose! All the while, I kept telling Derek, “This will be a story we will tell years from now. We’ll say, ‘Remember that Christmas we drove to Nebraska and couldn’t see 2 feet in front of the car?'” That’s what it’s all about.

We arrived safe and sound, gobbled down my sister-in-law’s French toast, hopped on FaceTime with our California family to watch our nephew open his gifts, then spent the rest of the day playing with our niece and three nephews and their new toys. Derek’s mom and stepdad enjoyed the scene while Christmas Vacation played in the background and Derek’s brother and I recited lines back and forth throughout. That’s what it’s all about.

The holiday season can be hard for those who have lost family close to them, particularly the first time through. While there is a sadness in longing for the ghosts of Christmases past, there is still so much new joy to be had and it is most important that we actively create it for those all around us. These will be the moments, memories, and experiences that they will remember and long for themselves one day. That’s what I did this holiday season and I succeeded. I know my grandfather is proud of me for it. And that’s what it’s all about. 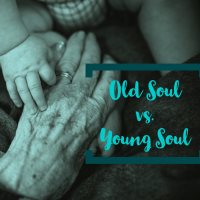